Can you re-train your brain to breathe better? 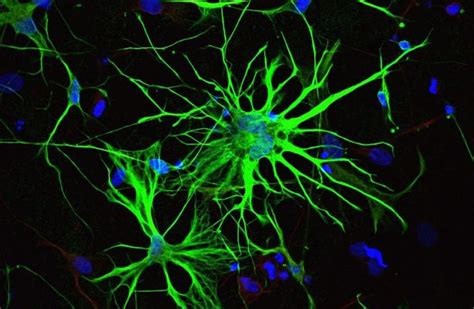 Breathing is a fascinating process. It is automatic, but we can also control it. But can you actually retrain your brain to breathe better? The answer is YES.

Re-train Your Brain To Breathe Better

Astrocytes (from Latin “astra” – star) are star-shaped cells in the brain that can sense changes in blood carbon dioxide levels and then signal other brain networks to adjust the breathing. These astrocytes belong to a group of brain cells known as glial cells (glia is Greek for “glue”).

Until recently, glial cells were thought to be minor players in the brain, providing structural and nutritional support to neurons, which did the heavy lifting. “It’s called neuroscience because it’s neuro-centric,” Alexander Gourine of University College London said. “Astrocytes and other glial cells, they were considered to not be as exciting to study previously.”

However, Gourine and his colleagues found that astrocytes directly respond to decreases in blood carbon dioxide levels. Once activated, astrocytes send out a chemical messenger called ATP, which in turn, stimulates other networks in the brain involved in respiration.

This is a very important understanding for functional breathing. Our optimal blood level of CO2 (NOT just a waste gas, but an unsung hero, the one which plays the major role in cell oxygenation!) is up to 5%, not less than 2%.

Modern life drives us into hyperventilation/ over-breathing mode. Processed foods, environmental pollutants, obesity, stress and anxiety – they are all major contributors to the epidemic of over-breathing.

Over-breathing means having way too low levels of carbon dioxide in the blood (because we dump way more CO2 than we can physiologically afford). So those astrocytes adapt and work to keep you comfortable to the levels of CO2 which they’re used to. But that does not mean those levels are healthy.

It’s the same with your muscles. If your posture is incorrect, the body adapts and other muscles start to compensate. After some pain and discomfort, you adjust, adapt and your new dysfunctional posture becomes a norm for your muscles. It does not mean it is healthy.

We humans are amazing in our ability to adapt to many dysfunctional things in our modern lives – foods, postures, breathing, even thinking.

How To Breathe Better

Well, your breathing pattern, just as your posture, can be corrected.

With some training, your functional breathing pattern can be restored. And the results can include:

Watch this webinar or check out the Functional Breathing Program to learn how you can retrain your brain so that you can breathe better again.