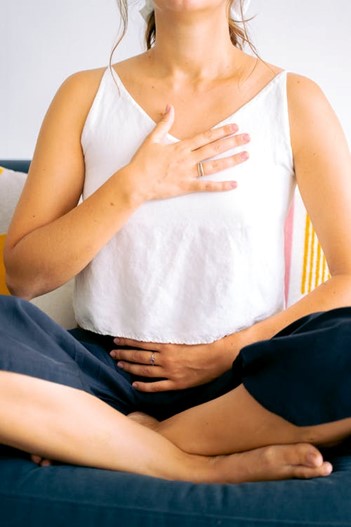 What is Buteyko Breathing?

The Buteyko breathing method is a set of exercises which help you to achieve better health.

It was developed by a Russian medical doctor Konstantin Buteyko in the late 1950s. As a severe hypertension sufferer, he started to observe his own breathing patterns to see if he could improve his condition by changing his breathing. It involved a deeper understanding of his own lung capacity and breathing behaviours.

Later on, making an observation of other people’s breathing and how it affected their health, he drew up a theory, which he proved to be correct, that hyperventilation (breathing more air than physiologically needed) is one of the major causes of respiratory dysfunction, cardiovascular diseases, digestive and sleep issues, etc.

The Buteyko breathing exercises re-train the receptors in the respiratory centre of the brain to healthier levels of carbon dioxide and oxygen.

It all begins with understanding the role carbon dioxide plays. Carbon dioxide is an unsung hero in the health and wellness arena

CO2 is the main player in the Buteyko breathing method. The fact is that we dump way too much CO2 than we can afford. This happens during over-breathing/hyperventilation. And we need carbon dioxide for many physiological processes in the body.

First, it helps deliver oxygen to the cells. The healthier our levels of CO2 in the blood (and they shouldn’t be too low), the better oxygenated our cells and tissues are.

Second, carbon dioxide is a muscle relaxant. CO2 relaxes the respiratory organs musculature and the cardiac muscle, relieving the strain on the heart. And CO2 is also a vasodilator, it widens the blood vessels, lowers the blood pressure, regulates cerebral (brain) blood flow.

Overall, carbon dioxide is a good guy and not exactly a waste gas as many believe it to be.

The link between Buteyko breathing and asthma

Hyperventilation is something that modern people fall into without knowing that they do it. It is a sympathetic nervous system response to stress to breathe faster, more shallow, through the mouth.

For individuals, who suffer from respiratory issues such as asthma, hyperventilation happens as a result of a vicious cycle when the bronchoconstriction and mucous release causes them to breathe harder. Then it becomes the norm for the CO2 receptors in the brain to be content with extremely low levels of this important gas in the blood.

So whenever the levels of carbon dioxide rise to a healthier limit, the body will resist and make you feel uncomfortable, you will feel air hunger and will want to take a bigger breath, to sigh using all your chest. This is fixable and reversible.

It is absolutely possible to re-train yourself to breathe in a functional way, to correct the blood chemistry via breathing well.

The Oxygen Revolution Functional Breathing Program focuses on the Buteyko breathing exercises to reset the receptors in the brain and also on the re-training of the primary breathing muscles.

This process enables you to breathe better and re-train your brain and lungs to breathe in a healthier and more beneficial way.

The Functional Breathing Program is ideal for people experiencing:

Find out more about the program.